Fixed Wireless vs Satellite : Why And Which One Is Best ?

Life in rural areas is one of the best because it doesn’t have lots of expenses. However, while in the rural you need communication and connection. This brings the need of people to have an internet connection. Besides, the connection must be a reliable one. Technology advancement is birthing several ways for people to connect to the internet. You can connect to the internet through Fixed Wireless and Satellite.

All these methods aim at providing internet to users across the United States. You may ask what is Fixed Wireless or satellite are and how do you compare the two. We are going to answer your question below and also give you more information about the two.

How Does Internet Connectivity Work?

All internet connectivity starts at a point known as Distribution Point. It is a structure that links the world’s database together. In other words, internet signal generation occurs here. The distribution of the internet is the one that differs by different ISPs. This is how they disseminate their connection to the customers. There are different methods through which the distribution is done. The ways include wired and wireless.

With a wired connection, the cables run from Distribution Point to the Local Access Point. From the Local Access Point, those who subscribe to the ISP get connected. This method is so hard to install as America has a lot of homes. So, it will not be easy to lay wires for every home around. The process is called provisioning.

If you have once been to rural areas, it is with no doubt you have heard about Satellite internet. The Internet Service Providers use satellite dishes to connect people to the internet. It was before affected by latency but due to advanced technology, it has reduced with new dishes. If you want to know how it works, do not worry. Here is the magic done on these satellites to get you connected to the internet.

Satellite Internet, you guessed right, is the internet through a satellite dish. The connection is between a satellite and a dish. The ISP representative installs a dish at your home place. This is the satellite receiver or broadcaster. Before installation, the ISP representative will measure the signal strength at your location. Where the signal is strong, that is the point he or she will install the satellite dish. So, the process of internet transmission starts immediately after installation. It involves the signal transmission from a dish to a satellite.

The satellite is 22,300 miles above the Earth’s atmosphere. Once it receives the signal, the signal is normally beamed back to the ISP’s Network Operation Center (NOC). This is where the internet is. The internet signal reaches your home through the same channel, satellite dish receiver. After this, the cord runs to your computer from the Access Point. The linkage between your computer and the Access point is through a modem. This can be either through a wired connection or Wi-Fi services.

So, when there is complete communication between the signals means you have internet.

Fixed Wireless is a broadband internet that communicates by sending signals between radios. This type is different from the Satellite because it is one of the fastest. The magic of how it works is well explained below.

As mentioned above, it uses radio signals to communicate. Signals come from your Internet Service Provider base station. It is also referred to as a Ground station or Point of Presence (POP). The base station is almost 10 miles away from your house. During installation, the ISP representative checks the point with a strong signal. This is where they will install the dish or antenna. So, an antenna will pick up the radio signals from the base station. Then the signal will travel to your modem then to your router. It is now the work of the router to convert the signal into a usable form that can provide the Wi-Fi or CAT5 connection.

It now becomes the work of a router to connect all the available devices in your house to the internet. So, the ISP receives the information send from his tower. You decide to choose from the wired or wireless router. Note there is a wireless connection from the modem to the router. When you connect the two, you can access the internet without other cables. A wired router is directly connected to your computer through an Ethernet cable. Also, you can get internet through a wireless connection through the router. This is because routers have got Wi-Fi access points which can give out connection.

Satellite Vs Fixed Wireless : Which One is Best ?

We discussed the pros and cons of Satellite and Fixed Wireless. However, for you to choose the best between the two, consider these comparison;

Price is a factor that you can compare when choosing between the two. Fixed Wireless internet will cost you between $60 and $120. However, this depends on the Internet Service Provider and the speed you choose.

You will also get an extra fee for satellite dish installation that ranges between $100 and $150. Also, there is another extra fee of $100 on activation. Additionally, you will pay $15 monthly for hardware rent.

Definitely, satellite internet will not be the best choice because it is expensive.

Weather is a factor to consider when choosing between Fixed Wireless and Satellite. Satellite internet as discussed earlier is very expensive. To add to that, it is highly affected by weather interference. Signals travel out of Earth’s atmosphere to reach the satellite in space. When the weather interrupts, you will have a slower or no internet connection. This is regardless of whether your area has bad weather or not. If your nearby area is having Moisture weakens satellite signal

On the side of Fixed Wireless, the weather does not affect it all. It is reliable because the communication of internet signals is in a short-range. Also, the base stations are not raised to the atmosphere like satellites. This is the reason why it is not affected by the weather.

Latency is the time needed for a signal to travel with data, in this case, an internet signal. The satellite signal requires more time to travel from earth to the satellite in space. As earlier said, the satellites are over 20,000 miles above the earth. After that, the signal will need to go to the NOC, your modem, and eventually your computer. So, even when the satellite ISP has high internet speeds, in case of weather changes, the signal goes slow.

This is a different case with Fixed Wireless. The radio signals reach the PoP faster which is 10 miles away from the dish or antenna. Fixed wireless is relatively faster compared to those with satellite internet. This is because the signal travels over a short range and takes less time. This is a guarantee that you will have fast internet connections.

To wrap up, Fixed Wireless customers will enjoy faster internet compared to satellite. So, if you want fast-speed internet, getting Fixed wireless will be better for your needs.

The data cap is the limit put to the data usage centrally customer incurs extra charges. Also, in other scenarios is an internet speed limit. Many satellite ISPs have data caps on every plan they have for the customers. This may throttle the usage of your internet.

For example, ViaSat has an unlimited data plan. However, if the customer goes above 150GB, there are slower internet connections. The same applies to HughesNet where speed may go low as 1-3 Mbps to the rest of the billing period.

Fixed Wireless is different because they do not have data caps. So, you can use your internet to download, upload, and browse without restrictions. If you have Fixed Wireless there are no fears of reaching maximum.

This is mostly affected by the data cap. The best feeling is when you are free to use the internet without fears of attaining set limits. So using Fixed Wireless is more reliable than when you are using satellite internet.

You can stream videos, download, and do all sorts of stuff with your internet. This is regardless of attaining your maximum data usage. Also, you will not face low internet speed due to factors like weather or data caps.

Yes. Satellite Internet improvement is noticeable in recent years. This is because of new technology that sees a lot of innovation put in place. However, there are challenges because investors are investing in low-Earth satellite constellations. These offer faster internet speeds.

Do all Satellite internets have the same latency?

The time between when you request data and the time it displays is not uniform with all satellite ISPS. This is because of the difference in distance between your dish and the satellite. Also, the time you are requesting the data, weather interference may occur. This is automatic the processing time will be long.

Is Fixed Wireless better than Satellite?

There are several factors you should consider before you rule out. However, Fixed Wireless is not affected by data caps, price, and weather interference. On the side of Satellite, it is highly affected. So, it is not recommendable if you want reliable internet. So, Fixed Wireless emerges to be the best compared to Satellite.

Can you game on Fixed Wireless Internet?

Yes. Fixed Wireless internet is a reliable internet. It does not have data caps in case you gaming for long hours. Also, it has low latency and so you do not expect to get a slow response when you are playing.

So, now that you have an understanding fixed wireless vs satellite and how they operate, it is upon you to make a good choice. 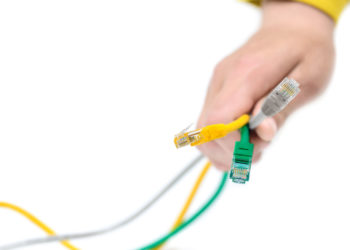 How To Fix Internet Connection Keeps Dropping And Reconnecting 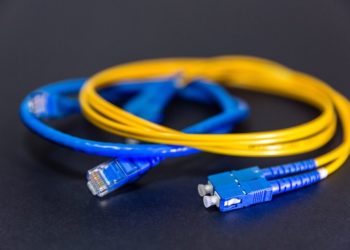 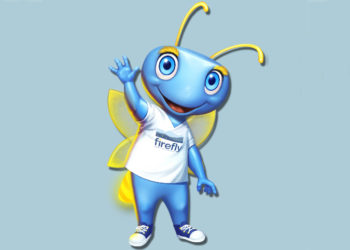 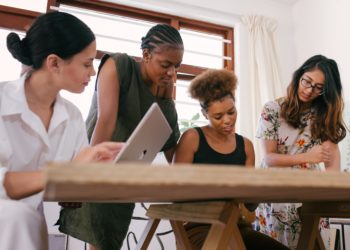